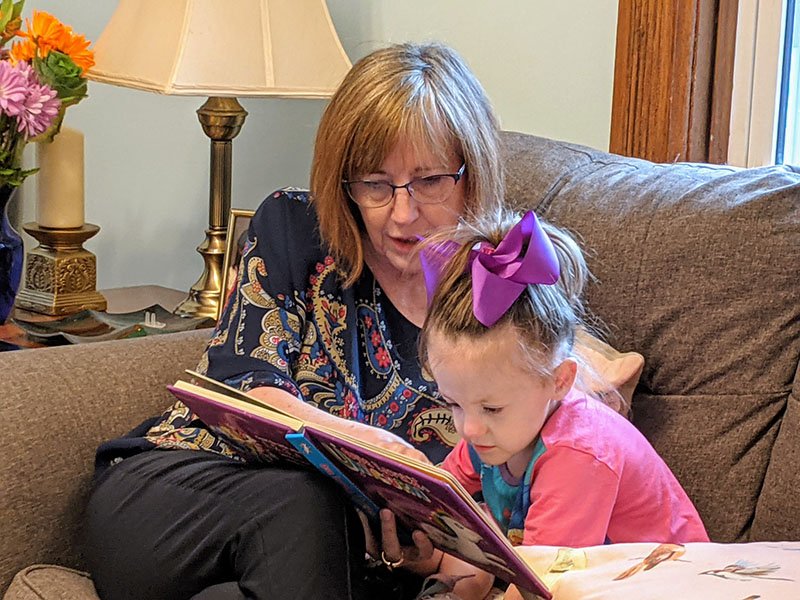 Not just a movie anymore. If your mother wasn’t a film fan when you were a munchkin like mine was (and still is), you may not have heard of the movie musical Words and Music with some of the golden-est stars during the Golden Age of Hollywood. This was one star-packed cast: Judy Garland, Mickey Rooney, Gene Kelly, Perry Como, Cyd Charisse, Lena Horne, Mel Torme, Janet Leigh and a bunch more. Wow! Talk about theatre at its best!

I couldn’t help but think of this movie title while interviewing one of London’s luminaries in both the music and publishing sectors.

Janis Wallace has been a musician since she started playing piano at age six. Her degree is in music – specialty in percussion – from Western University – with secondary degrees in visual arts and education. She taught vocal and instrumental music for several years and has played in many bands and orchestras. Currently Janis plays in the London Community Orchestra, and in the (hopefully) post-Covid world that is our reality in the spring of 2022, she is “absolutely thrilled to be able to play for a live audience again.” Over her long music career, Janis has played for audiences in the U.S., Europe and all over Canada, including in Orchestra London.

Janis stumbled on writing as a passion and profession later in life. While home with her first baby, she saw an advertisement for a fashion columnist at the London Free Press. That gig lasted for 10 years and turned her on to a whole new career. She’s now written for 40 years for dozens of publications. Wallace Communications was born 2014.

She introduces students to the world of words through her teaching at Western University’s program in public relations, media relations, marketing, crisis communications and, most recently, strategic business communications. Janis has worked at public relations agencies and furthered her education in PR by achieving her ABC (accredited business communicator) designation from the International Association of Business Communicators. This is a lengthy process requiring a four and a half hour oral and written exam on top of having the required experience, submitting a portfolio of work and adhering to their code of ethics. She explains that it’s equivalent to having a master’s degree in public relations.

When not busy writing, teaching or playing, Janis volunteers as a member of the board of directors for the Forest City Music Awards and organizes the jazz and world categories for that organization’s annual awards event.

Janis approaches all three facets – writing, music and teaching – with humour and grace, as she showed while talking shop with me recently.

Q – What’s your take on the hot button topic of the Oxford comma?
A – Well, that’s a contentious issue, indeed. In journalism we tend not to use it. But I think if it makes your message better understood then use it. If it is understood without it, then leave it out. Anything that helps the reader is a good idea.

Q – They and them have come into common use as pronouns for some but also are commonly being used as a pronoun for a single person instead of he/she (he or she) for a second referral to that person. For example: The reader will feel far more relaxed while at the beach. They may also want to take a swim. What are your feelings on this?
A – This isn’t a life and death issue. (She chuckles.) There are more important things in life than grammar I just finished a great book that illustrates this. I recommend Dreyer’s English.
But the use of them/they used to be very controversial. Like everyone of a certain age, I was taught that the noun and pronoun have to agree. More recently, I learned that the use of they and them as singular pronouns goes back many centuries to thee and thou.
For me, the ear has to catch up with the brain.

Q – What about other grammar rules that have seem to have gone by the wayside, like not splitting infinitives and that sort of thing?
A – I’m a follower, so that’s the way I tend to go. But we can’t throw the baby out with the bathwater. You have to know the rule to break it – to get the effect you want on your reader. Rules like never start a sentence with and, but or because – those are fine in more formal work, and you probably wouldn’t use them for a corporate report. But you could use that type of less formal writing for something like a blog because it’s how people talk.
Writing has gotten more conversational. Some put it down to time pressure. They are using anything that can make it shorter, like sentence fragments and bullets – things that previously would have been considered too informal for business reports.
I like to compare grammar to etiquette. There used to be rigid etiquette rules but now we’re in a more casual society. Before, we didn’t wear white after Labour Day and not before the May 24 holiday, and you always wore gloves on certain occasions but that’s all over.
Grammar falls into that more casual approach. It’s only important if it’s going to make it easier for someone to read your writing like etiquette is only important when it makes us feel less awkward with others.

Q – Since you wear two hats as both a writer and someone who works in PR, what’s your biggest pet peeve in press releases?
A – I hate it when they haven’t done their research. You have to know your audience.
If you’re sending it to legacy media (mainstream media), what’s going to interest to them? Those are usually consumed by an older reader, so you have to write the media release with that in mind.
If the media release is going to a blogger/influencer, what interests them?
You always have to consider what’s in it for them. Think about: what do we want people to know versus what people want to know. My other big pet peeve is when they use corporate speak.

Q – Putting on your teacher hat: what’s the number one issue with students?
A – Even though every class is different because the students are so different and bring a variety of knowledge and skills, I’m surprised by lack of awareness of the bigger world. As a news junkie, I read everything I can. As a writer, you need to be aware of everything, especially beyond the field you work in. Students get their news digitally and the algorithms seem to dictate that we get similar stories to what we click on. And they seem o.k. with that. I’m surprised by their lack of knowledge and really their total lack of interest in the fact that they have a lack of knowledge.

Q – Hasn’t this always been the case?
A – I’ve taught a variety of subjects over 40 years, and it is more pronounced now. When you’re young- it’s normal to be passionate about a few things, but as writer you need exposure to and knowledge of so much, so you can put that in your writing.

Q – Where do you see writing going in the future?
A – Well, let me get out my crystal ball. (Laughing.) Writing is always evolving, and it will continue to evolve how society needs it to evolve. Things have gotten casual with short forms and abbreviations being acceptable. Will the pendulum swing back? That’s an interesting idea.

Q – What does your crystal ball say about the future of publishing?
A – (Chuckling about the question.) Well, I believe that there will always a place for hard copy books, but periodicals are going to have a shorter life span because we can get news in other ways. In fact, my students don’t go to traditional sources of information at all.
I think newspapers will stop publishing all together when those of us who read them finish dying out. Magazines have an advantage because they deal with niche audiences. Perhaps they can find a way to continue to interact with their readers better than newspapers.
But the business model has to change from the old system that’s based on advertising for profitability. When they transitioned to electronic, they switched to making subscribers pay for information with a variety of levels of success. The consumption of information has to have a better business model, but I’ll leave that to bigger brains than mine.

Computer or longhand?
A – Computer

Caribbean or Europe
A – Europe

Football or hockey
A – Hockey

Jazz or classical
A – Both