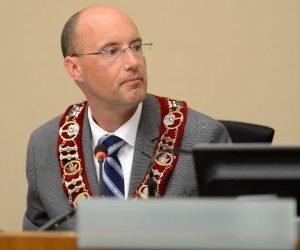 London’s mayoral issues aren’t over. After a run of at least three mayors – Dianne Haskett, Anne Marie Decicco-Best and Joe Fontana – have all ended up in front of the press trying to explain themselves and their actions to the electorate.

Each did so in his or her own fashion, often with disastrous results for the city in national news.

Now, our fair city is again making national and international headlines and Mike Stubbs and I talked about how that’s being handled in our last two #PeronalPR spots.

Do you agree or disagree with the way Mayor Brown is handling the situation from a media relations stand point?